This is only 3 of 8, other 5 are still in packaging 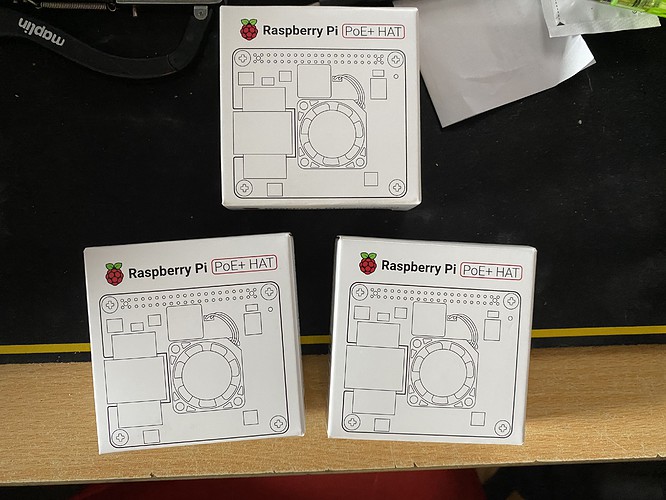 Well there is 2 things I am building

Not really happy with the case for Build 2 and thinking of designing a new one. Need to find somewhere to fabricate it. Want to fit everything in the case itself

This is build 2 - AI boosted 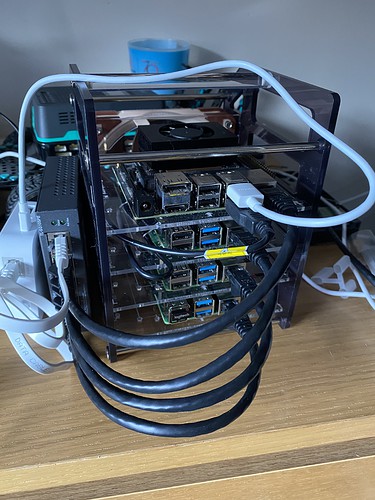 This build is looking extremely clean, Got WiFi/Bluetooth Antenna to drill holes for.

@wil maybe could work with you to create a custom case for all this to contain everything inside?

For a custom case I would look at a different powering method instead of PoE, something like a 12V 30A PSU and add improved cooling for the Raspberry Pi’s to allow for 2.1GHz overclocking. the fan on the PoE hat is terrible 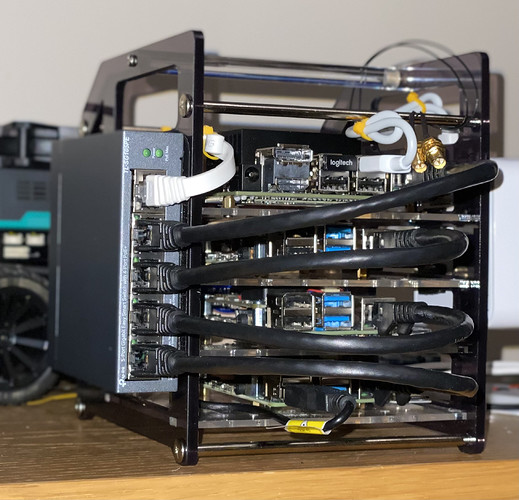 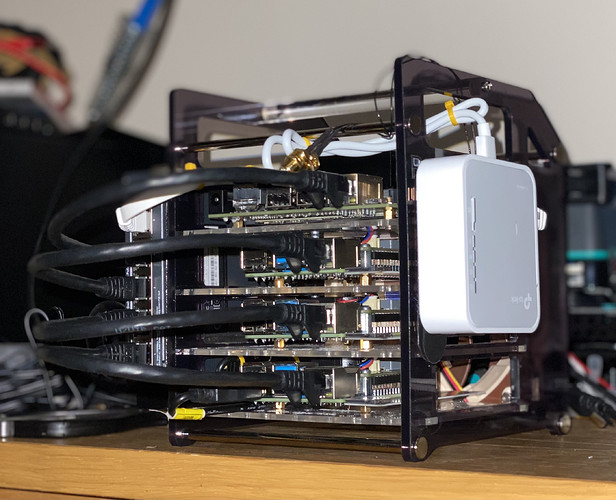 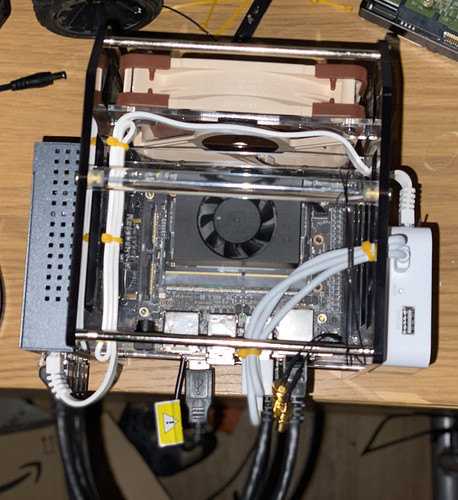 The PoE Switch and Nano Router is attached to the sides with 3M heavy duty velcro and used a little for the ethernet cable to keep that clean.

I have also set all the LED to off in the raspi-config as i am going to add an Arduino RP2040 Nano Connect to allow for on/off status, CPU temp, CPU usage on an OLED display

This is looking great @CAProjects. Who designed that current case? Tell me more about how you’d envisage your ideal case looking!

The case is a 52pi case so it’s one readily available and sold under different names.

Currently, the idea is to stack the pi’s but using a low profile ICE tower heatsink, no fans on top, cooling will come from side or back. 8 port managed switch at the bottom, Xavier NX (possibly Orin NX) sitting to the side of the Pi’s with the skull canyon above. Power would be at the bottom next to the switch.

I am also looking to keep the Nano router for access point access for the Arduino RP2040. But the switch etc will be removed from the cases to minimise on bulk and weight and show of the PCBs

I can look at some sort of mock up in 3D if I can find some sort of assets to show you my idea. I am looking to also drive some neopixel or something to light it all up and a status monitor of the whole cluster using the RP2040

Will also route ports to back/front for access like hdmi and USB. I have some Micro SD card re-routers that come with the current case

I managed to get my hands on a Raspberry Pi Zero 2 which I am going to use with a hyper pixel 4 as a cluster status monitor to link in with a database.

I did look at using an Arduino RP2040 but the issue I have with that is finding a large enough display to show stats and a 128x128 is not big enough and pico specific displays are not compatible with the Arduino without serious modifications.

Other additions that I am looking at is adding a 2.5” 2TB hard drive to each raspberry pi for storage so to not use the SD Card and save the life on them. The Xavier NX boots to a gen 3 NVMe 1TB SSD thanks to the m.2 slot under the carrier board so storage is not an issue on that but may need more for AI modelling.

I am also looking at alternative power options, not to happy with the PoE+ hat as the cooling sucks, 40C idle and 68C under moderate load, and cannot add heatsink. Looking at getting a 12V 30A psu and making some simple power step down converters for each pi and a regulator for the Xavier NX but if I can get a 19V psu then that would power the whole cluster including a network switch which are typically 19v 0.6A for the managed switches that I prefer.

I see that people always recommend a fused step down converter but does the RPi 4 not have power protection built in?

I am also going to document the whole setup including setting up the Nano Router so I have a totally independent private network so that the cluster network does not interfere with the rest of my network. All documentation will be going on GitHub, with full details and Ansible playbooks as that is proving to be extremely useful too.