Anyone working on a cool project with your pi-top [4]? Or have an idea for one up your sleeve?

I’m Sarah on our marketing team at pi-top - this is my first post on our forum, so hi everyone! I’m jumping in as I’m being asked by some of our resellers, such as OKdo, Digi-Key and Farnell, to write up some cool projects using pi-top [4]. The idea is to provide some inspiration and ideas for things to do with pi-top [4], and the projects will be published on their websites, social media or other forums such as element14’s community site.

They could be projects you’ve done earlier, are working on currently, or are just thinking about. Could be pi-top [4] alone, or making use of our Robotics Kit or Foundation Kit as well, or projects which use other components such as Grove or Seeed, or anything else for that matter.

If you’d like to be involved in this - and I’m sure it’ll be a lot of fun! - just reply below to let us know, and I’ll get in touch!

Project 1 (WIP)
I started, not completed, a GPS data logger that displays the coordinates on the built in OLED screen. didn’t finish the logging side of it yet but its not hard to complete, it can be expanded to display where the device is on a map and where its been and if connected to the internet via a mobile hotspot or GSM HAT, it would could be turned into a live GPS tracker

So i finally finished with the GPS on both the Xavier NX and pi-top. was a little frustrating but finally got there. I have re-written the code for this about 5 times, making improvements each time and now i finally got it running stably without crashes of the python sctipt. I do want to add a logging mode to this and its not that hard to add but for this, its just to get the data and display on the screen. The NMEA Sentences I used was GPGGA - Altitude and number of satellites connected to G…

Project 2 (Proof of Concept Works)
I also done an integration getting the Raspberry Pi Pico to turn on the pi-top[4] (first integration that Ryan (@duwudi) knows of) using the Universal Interface PCB supplied by @wil and currently exploring other ideas such as communication between the Pico (or any other RP2040 boards or 3.3v microcontroller) to expand some capabilities to the pi-top[4] which segways into the next projects nicely

Well that was really simple to do, can be done from any micro controller to be honest or anything that can supply the logic high of 3.3v to the power switch pin. https://www.youtube.com/watch?v=g94cxafATxE @duwudi your idea works and here is how, thanks to @wil [pi-top%20power%20on] [image] [image] so, um, excuse the connectors, they are just for illustration purposes Yellow Wire - Signal wire from the Raspberry Pi Pico This can be any non power/GND pin just as long as you program the co…

Project 3 (Proof of Concept IOT Device Complete)
I have a basic Proof of Concept which turns the pi-top[4] into an IOT device, this is a starting ground before using it with the robotics kit

So i have wanting to do some IOT stuff with the pi-top and starting out with using an IOT cloud before i go all out and turn the pi-top into an IOT server with a custom WEB interface So to start out with i had to look at platforms to send the data too, I thought about Arduino IOT Cloud but they are very restrictive for free accounts, only 5 variables. so after searching around i decided to go with ThingSpeak, it’s still quite restrictive but can send 3 million messages a day at a minimum of eve…

Project 4 (Working on at the moment)

IOT Robotics, using the Robotics kit, send data to an IOT Cloud of the state of the robot and provide data from the Ultrasonic Sensor. I am looking at controlling the robotics kit from the cloud to move it forwards, backwards and turning left and right

I am also exploring an idea of wireless IOT where the pi-top[4] would act as an IOT server (don’t really know best way to handle this at this time) and collect sensor data from wireless devices, current devices I have for testing are Arduino 1x MKR WiFi 1010 and will have 2 Arduino Nano RP2020 Connect boards (delivery should be here this week) which also contains WiFi that i can look into wireless sensor data for example, Greenhouse temp/humidity/pressure/UV index/etc, whilst having a weather station sending data via another device, also having a 3rd device providing indoor temp/humidity readings too.

Project 6 (Thought/Idea Concept)
This is just a complete thought idea at this time and have nothing solid to work with but i would really like to work with LoRa (long Range wireless communication) and have a low power device like an RP2040 board as the Transmitter (Pimoroni Tiny 2040 or Adafruit Feather 2040) to transmit GPS coordinates over LoRa to the pi-top[4] acting as the Receiver and map out the trip on a map platform. My tests for this would be walking my amazing Siberian Husky for testing the device and range. This is just a complete idea as i lack the main component to get this done, which is LoRa devices.

Summary
My main desire to work on is wireless communication using the pi-top[4] as a server/receiver device mainly in IOT as its an ever expanding sector and ideas are easy adaptable to many situations, the main problem/complaint i have for IOT is everything is cloud focused/based and i want to work on IOT on a local level, which may require frankensteining my own IOT server/framework which is the hardest part.

I do believe that @Luis and also @Supernovali also have some interesting projects that you may also be interested in.

Thanks for sharing this with us.

I do have a few projects I have already completed and would love to be involved in this initiative.

If it’s ok, I will be posting a few links from my IG account where I have shared these projects. 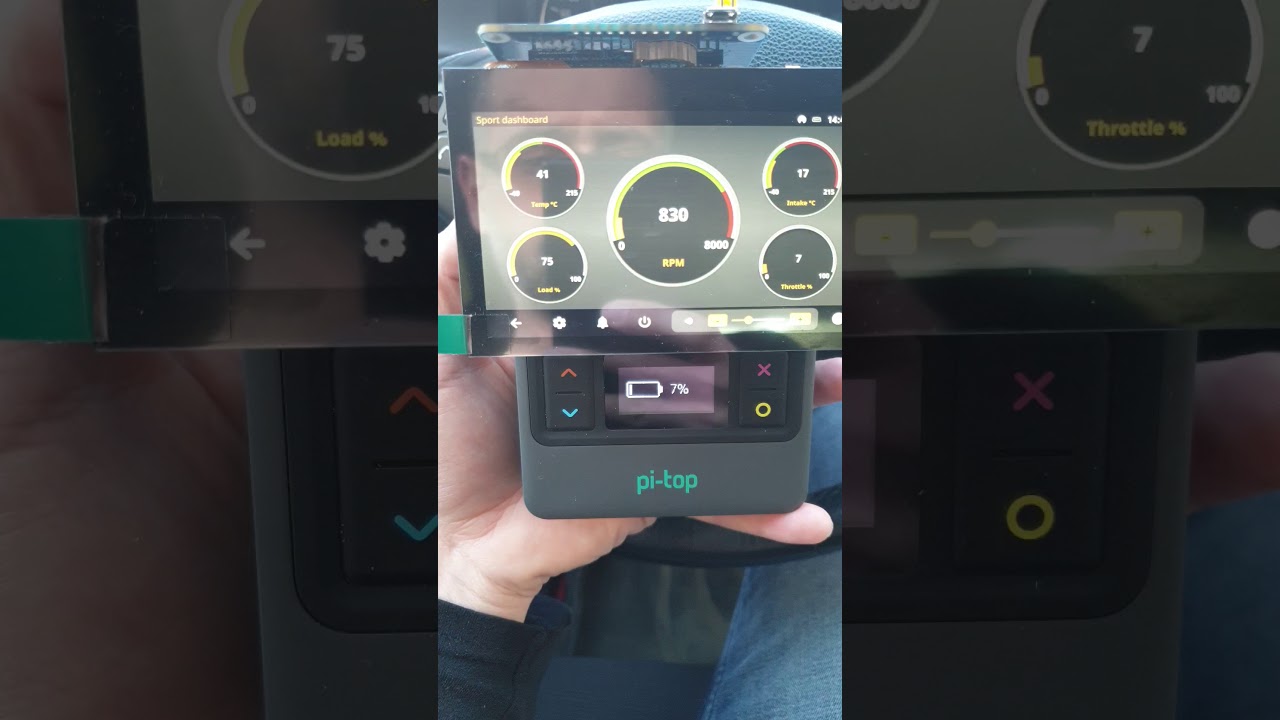 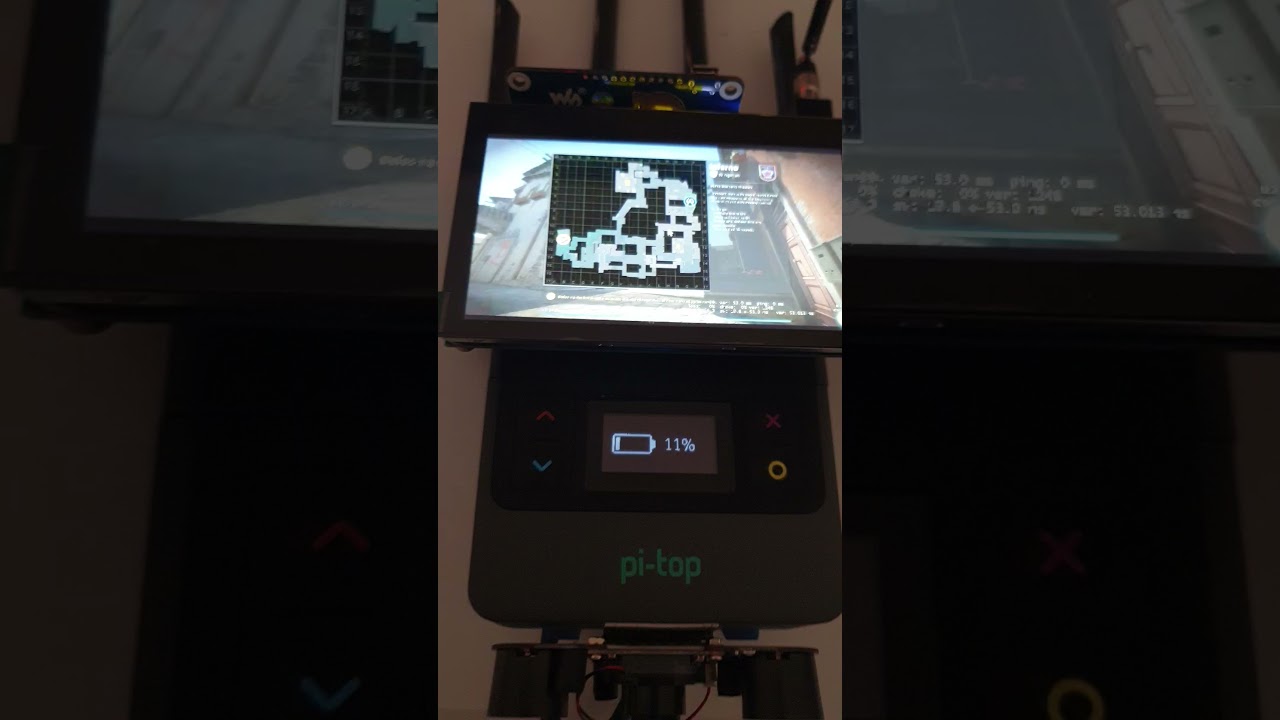 Project 2 using Seeed components: This is a dual SBC running two operation systems at the same time. Probably the first in the world. 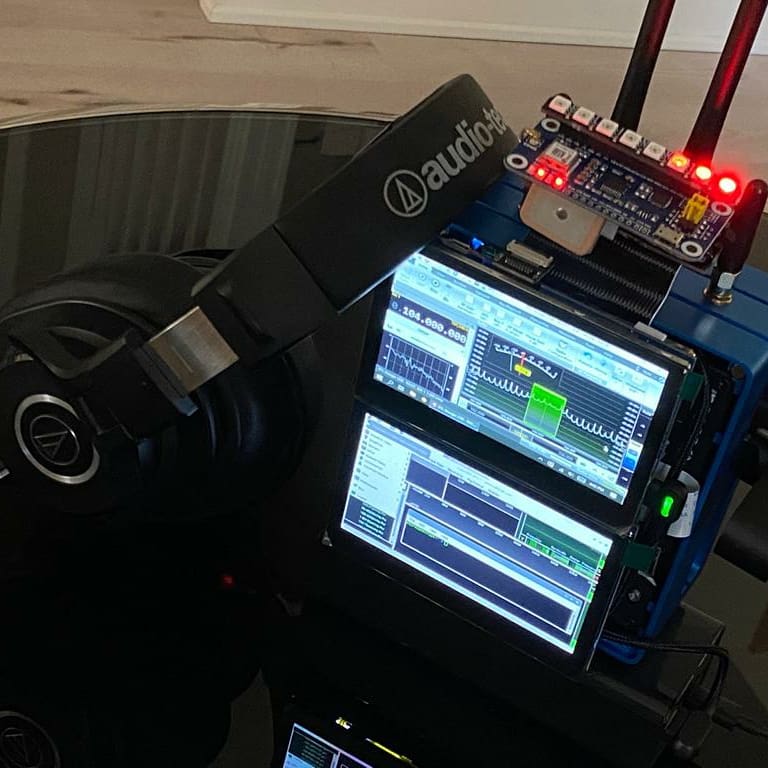 I am happy to provide any further details if needed. I hope that I would be able to release a few projects with the Robotics kit and expansion plate.

Thanks for your replies, it’ll be great to have your involvement in this!

@CAProjects I’ve sent links to your projects to one of our resellers, and hope to hear back from them soon. If they’re interested, it may be possible to simply add your projects to their website without much editing, and include links back to our forum for people to see the comments from others here. Will let you know!

@Luis do you maybe have any notes with a few more details about your projects, that would help others to understand what you’ve built and maybe try it themselves?

If anyone else has any projects, it’s not too late to get involved - we’d love to hear from you!

Thanks for the prompt reply. Unfortunately I don’t have any readly available notes. I have added a few more details now, in hope this would help explain the projects.

Project 1 using Pi-Top 4 DIY
SDR radio and Wi-Fi auditing
The purpose of this project was to be able to scan and listen to various radio frequencies (i.e. ham radio) or use it to track in real time airplanes in my area. I wanted my setup to be as portable as possible but at the same time powerful enough so I could use it as a laptop replacement for learning coding/programming. With the use of a DSI touchscreen display and the pi-top 4 you can basically use it as a small portable computer.
https://www.instagram.com/p/CLKX9gfh004/?utm_medium=copy_link
I since then integrated various other capabilitites, a night vision camera, a long ranger wifi adapter for wifi wardriving or penetration testing. Another capability added was the gps tracker and thanks to @CapProjects I was able to output location data on the minioled display. For gps, I also use open source software (foxtrot) for real time gps tracking with GUI and data logging.

For the car obd dashboards, I use the pi-top 4 together with a bluetooth OBD adapter to pull the cars engine parameters and have them displayed on the screen as a dashboard. This is especially useful when trying to debug engine issues. For example, in my case, the car does not have gauge for displaying the coolant temperature or when the car has started the DPF regeneration procedure.
Project 3 using Pi-Top 4 Diy - Steam device for remote gameplay (Counterstrike GO)

I’ve impemented this project on my pi-top more as a necessity since I always found it more relaxing to play video games from my couch in the living room where the tv was located. As I didn’t want to carry my desktop computer with me, I simply use the pi-top 4 as a steam device to stream the game on my tv. I am also using an old PS3 controller as a wireless input device instead of a keyboard as mouse.

Please let me know if I can be of help with any other specific details.