I was able to VNC from my Mac to PI-TOP 4 (running Pi-TOP OS).
However, I failed to do the same from my iPad pro.
I am using the green USB cable from Pi-TOP.

It seems that my Ipad Pro doesn’t find an ethernet via USB.

Any idea here?
Some documentation on how the ethernet-USB OTG works on PI-TOP OS helps.

What about VNC to the pi-top[4] via the network IP address wirelessly?

Get the IP address with hostname -I (if you don’t know the pi-top’s IP address) and set VNC to use that IP address instead of the one that is configured for a wired connection. I’ve had good success on my iPad to connect this way.

Apple is rather silly about doing exactly this, it’s not a pi-top issue, it’s an apple issue. The iPad is really locked down compared to a mac.

Apple sees a Mac as a computer and iPad as an accessory, just like iPhones so they lock it right down “to keep users safe” which is just stupid. Read up the drama with google stadia, cloud etc and you will understand how stupid apple really is

I figured this out.
It is not a problem of Apple.
The Pi-Top cable has to be pluggged into an USB-A female port. I cannot use the USB-C male connector on the pi-top cable to directly plug into the iPad Pro. Instead, I need plug a usb-c to USB-A adapter into my iPad Pro and then plug the cable to that USB-A port.

Then, everything works automatically.

Hi @phabulosa The Display Cable isn’t a traditional USB-C cable, and you can read about it here. However, Tom-B is correct and you can connect wirelessly to your iPad. Though I’m glad to see that you got it working int he end

I just tried one of these lightning to USB adapters on my iPad Air 2 connected to a pi-top[4] and it worked great to VNC through the cable. 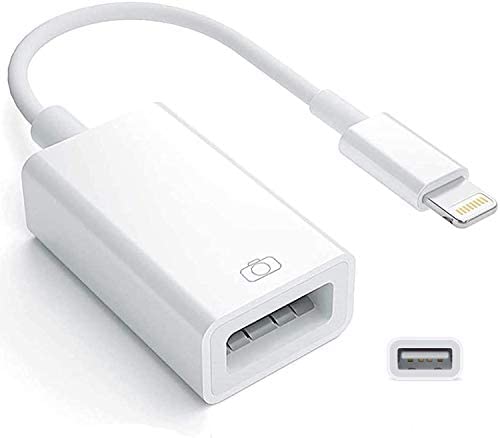 Is it possible to modify a standard USB-C cable to plug in the pi-top display port to route usb-otg only? It could reduce the bulk of the adapters considerably if possible. Thanks in advance.

Unfortunately, it’s not possible to modify a regular USB-C Cable.

The best way to remove the adapters and the need for the Display Cable is to connect to your pi-top via WiFi. You can do this by connecting your pi-top to your router or by using the new Wifi Access Point feature on pi-top OS.

You’ll need the latest version of pi-top OS to do this and you can download it from our website, here.

Edit: I’ve found the post on the Jul system update.

Thanks for the response.

Could you clarify on how to use the WiFi access point, or point me to some documentation?

I tried to install RaspAP myself but couldn’t get it working on the lastest pi-topOS. I guess it has some clashes with the built-in AP.

I’m curious if you mean that it can be connected wirelessly without a router in between the iPad and the pi-top?

Time to unplug: go cable-free with your pi-top [4]! Note: this is an over-the-air update (no new OS image at this time). A new OS image is expected in the coming weeks though! Since our last OS release (C790), we have released initial support for connecting directly to your pi-top [4] using Wi-Fi! This is achieved by configuring the Raspberry Pi 4’s onboard wifi chip in your pi-top [4] to support ‘simultaneous AP and Managed Mode’ (Other terms for this are “managed mode AP”, “WiFi clie…

With the new Access Point feature in pi-topOS, you can! Think of it as a “direct Wi-Fi connection” where the Raspberry Pi acts as its own router.

Hi All,
Sorry for the delays. Here’s the article.